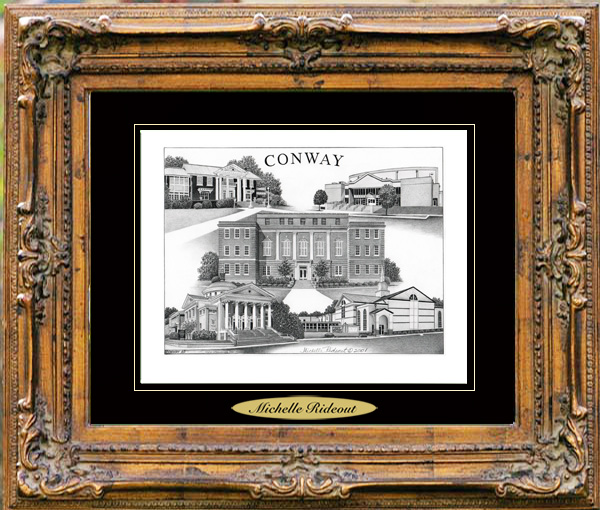 When we arrived in Conway, Arkansas, in early May, on one of our enjoyable trips through the “Natural State,” the entire city was abuzz with excitement about the Toad Suck Daze. This was something totally unknown to us. We heard several different reasons for the celebration. One legend has it that long ago steamboats traveled the Arkansas River when the water was at the right depth. When it wasn’t, the captains and their crew tied up to wait where the Toad Suck Lock and Dam now spans the river. While they waited they refreshed themselves at the local tavern, to the dismay of the people living nearby, who accused them of “sucking the bottle until they swell up like toads.” Thus, the name Toad Suck. The tavern disappeared over time, but the legend and fun live on in Conway’s Toad Suck Daze.

Conway was founded in the mid 1800s by A. P. Robinson, who came to the area shortly after the Civil War. Robinson was the chief engineer for the Little Rock-Fort Smith Railroad (now the Union-Pacific). Part of his compensation was the deed to a one-square-mile tract of land. When the railroad came through, Robinson deeded a small tract of his land back to the railroad for a depot site. He laid out a town site around the depot and named it Conway Station, in honor of a famous Arkansas family. Conway Station contained two small stores, two saloons, a depot, some temporary housing and a post office.

For many years Conway flourished as a trade center for a large rural agricultural area. With the establishment of Hendrix College, Central Baptist College and the University of Central Arkansas, Conway became an educational center. The city’s economy was firmly established on agriculture and the educational institutions until World War II.

After the war, diversification of the economy was started by Conway businessmen, and several small industries were attracted to Conway. Subsequently, additional state institutions were located in Conway, including the headquarters for the Office of Emergency Services, the Human Development Center, and the Arkansas Educational Television Network.